Today I want to share my recent interview with Jennifer Chase-Rappaport. She's a wonderful designer that's participating in the Indie Design Gift-A-Long on Ravelry. 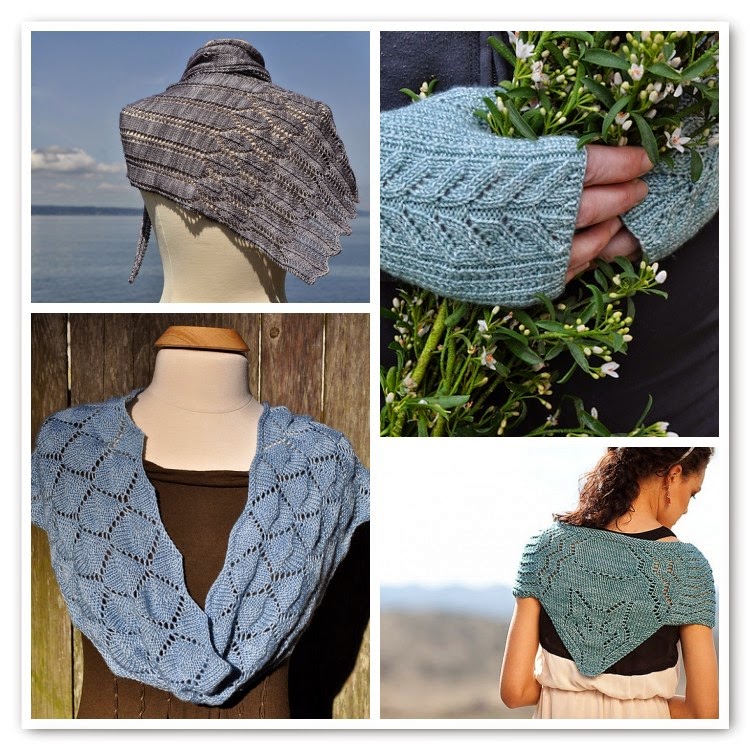 You can see all of Jenny's Gift-A-Long Sale Bundle here.

Jen Lucas: How did you get started in designing knitting patterns?
Jennifer Chase-Rappaport: When I was a kid and my mom was teaching me to sew, I was really impatient with the idea that we had to follow a pattern. (but not brave enough to try to figure out how to sew without one at that point.) When I learned to knit during college the same thing happened, but by then I was ready to try to wing it. I think the fact that there were no machines involved was very empowering for me. Later, I spent about 10 years working as a buyer in a couple of LYS’s. Any time I wanted to bring in a new yarn, the question would be “What will we do with it?” I always felt both obligated and intrigued to figure out what the answer to that question would be. Almost all my patterns are one-skein projects, and I think it’s a result of that LYS experience.

JL: Can you tell me a little about your design process? How does your design go from idea to finished pattern?
JCR: Ideas usually come to me when I’m doing something else altogether, rarely when I’m actually trying to come up with one. Most of the time I start with the stitch pattern or texture - sometimes I know exactly what it wants to be, but often I have to swatch it for a while to figure that out. Then I usually knit at least 1 prototype per size and write while I’m knitting. After that it goes to my amazing tech editor, and then to testing.

JL: When I first saw your Huntress Shawl in Knitscene I was in love! Can you tell me more about that design specifically (the inspiration, the construction, etc.)?
JCR: That’s a funny one…The shape came from thinking about how to get maximum coverage at the front of the neck without a lot of bulk so that the shawlette could be worn under a close fitting motorcycle jacket. It had totally different stitch patterns when I submitted it to Knitscene. (it’s now my “Spitfire” pattern) The editor swore she could see a wolf hiding in the geometric pattern, and asked if I could rework it to fit a future issue with a section influenced by dreams and fantasy. Pictorial knitting is not usually my thing, but I love a good challenge! I’m so glad I gave it a try. 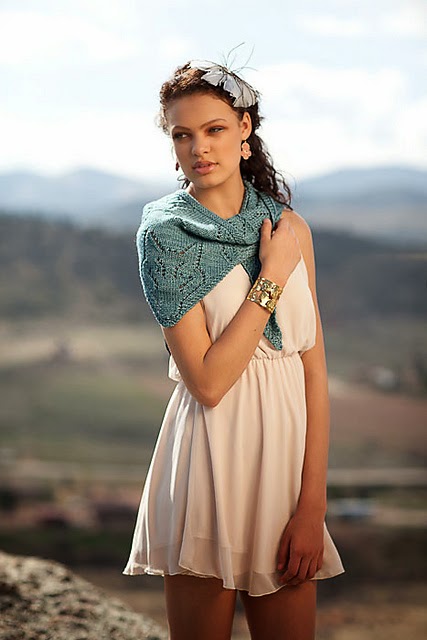 Huntress Shawl
photo credit: F+W Media/Interweave
JL: Do you have a favorite stitch dictionary or where are your favorite places to find stitch patterns?
JCR: I’m lucky to have a branch of the Japanese bookstore Kinokuniya nearby, which has amazing knit and crochet books. I have two stitch dictionaries that I got there that I love. I also take a lot of inspiration from textures and patterns of everyday things, and have fun translating those to knitting. That will figure into a lot of the projects I have lined up for next year.

JL: What are your designing plans for the future? Anything upcoming you can share with us?
JCR: I’m trying to diversify my portfolio a little right now, so I have a hat pattern coming in December. After that, some more hats and shawls and maybe my first ever sock. Making more things that will appeal to both men and women is going to be a priority in 2015.

Thanks Jenny! I always love being able to chat with other designers and hear about their process.

Jenny is just one of almost 300 designers (including me) participating in the Indie Design Gift-A-Long. The pattern sale is going on now through November 21st. 25% off selected designs when you use the coupon code "giftalong2014".  You can see a whole giant list of participating designers here.