Last week I posted this photo on Instagram after releasing Bandwagon and someone asked if I had posted it anywhere. I hadn't - until now. :) 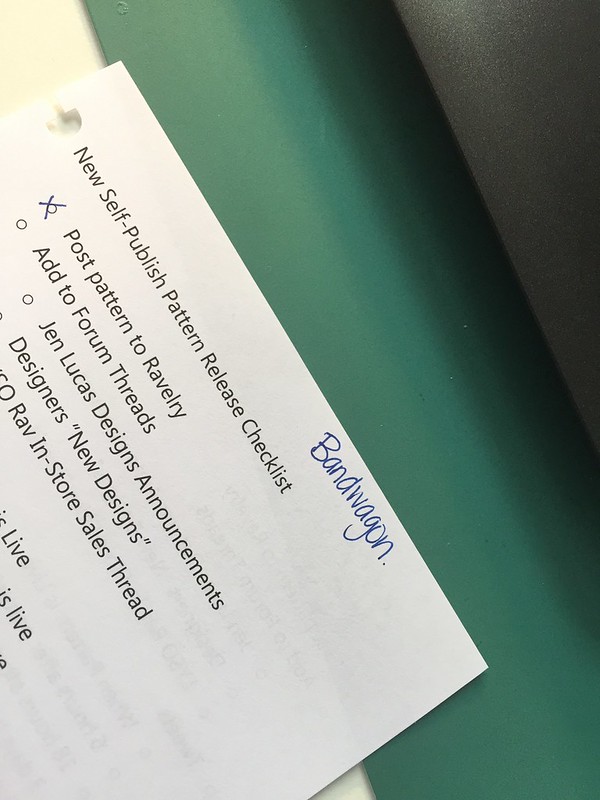 When I was working in the lab, I was the queen of checklists. I had one coworker who could remember everything in his head. Not me. I had a daily checklist of reports to send, bottles to prep, tests to do. But when it came to my design business, there were no checklists. When I would release a new pattern I would try to remember everything I had to do or wanted to do and, of course, things got missed all the time. When I left my lab job last April, I started forming some checklists for the business, but it really came together after reading this post from Tara Swiger. After reading that, the pattern release checklist was formed!

My new pattern checklist has been a total lifesaver. While it's always evolving and I'm finding ways to make it better, it saves me from having to think - which I like. :) Just follow the checklist and everything will get done!

Here's what goes on my checklist:

I allow myself some wiggle room on the social media stuff. Because I have other things going on besides the self-publishing, I might already have something scheduled to post that day, so I just adjust a bit as necessary. I like to have things scheduled, but I don't want too many things on one day.

That's it! Are you a designer? Is there anything else you add to your pattern checklist?

I've printed several copies of my checklist and added them to my arc planner. They are ready for use when I have a new pattern. Laura got me hooked on the arc planner and now I'm getting very addicted to it. Here's mine: 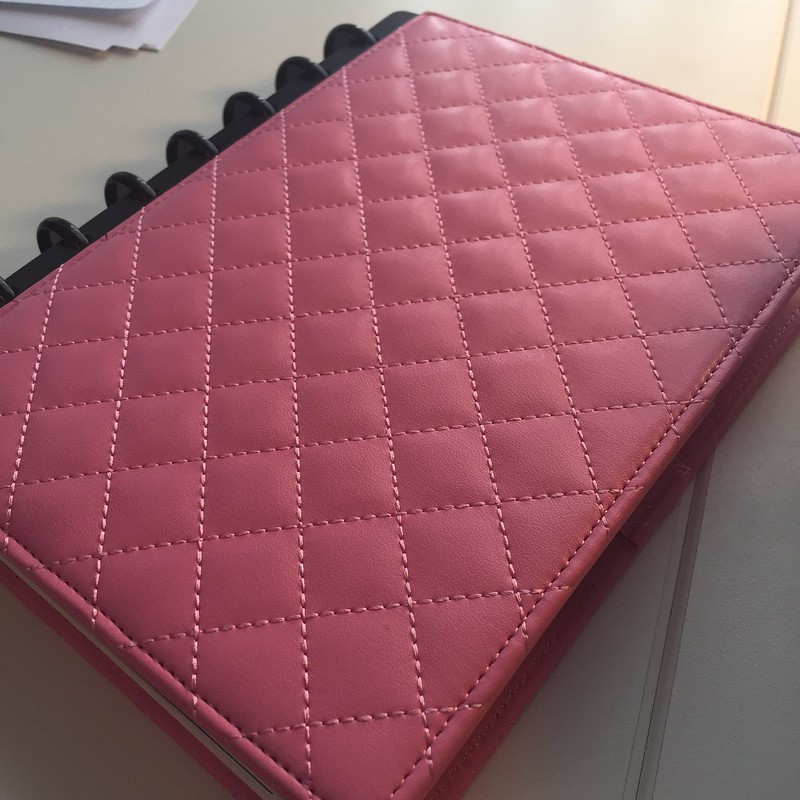 I have a few dividers in there to keep track of stuff: 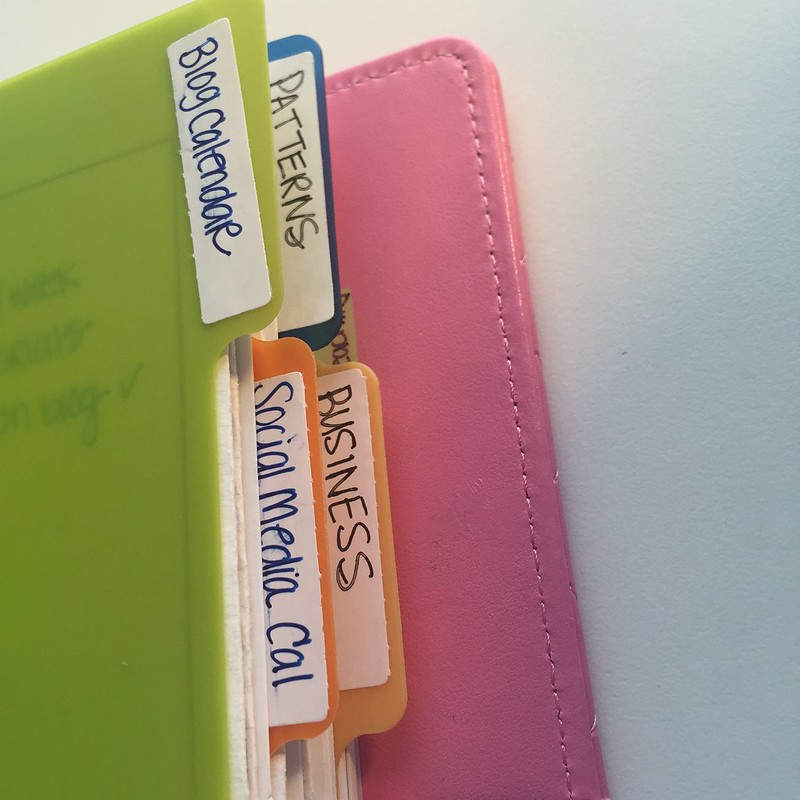 If you're a designer or blogger who wants a checklist, I hope this helps you develop one of your own.
Posted by Jen at 6:42:00 AM