Earlier this week, I released a new shawl pattern. This is Maya: 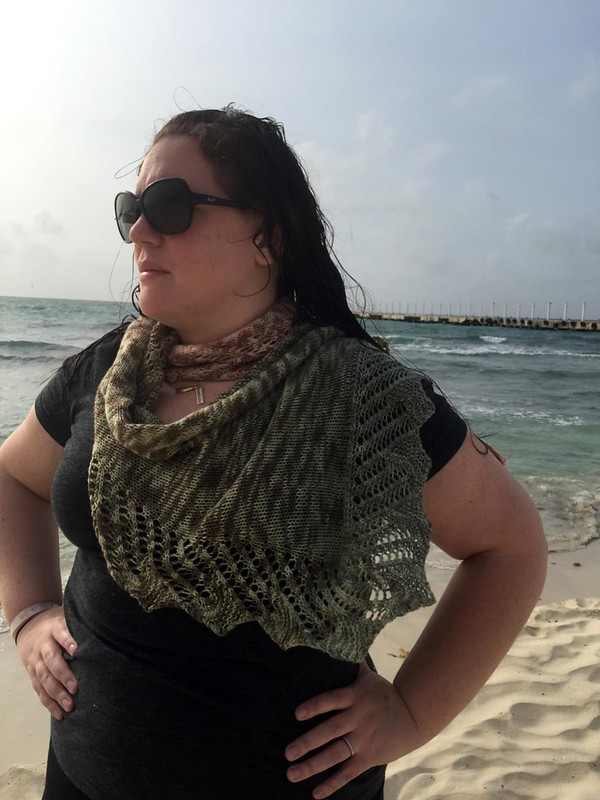 I'm obsessed with this shawl (I say that about just about every new design, don't I?). It was so fun to knit! It's worked sideways, increasing in the stockinette triangle while at the same time knitting a border along the edge. 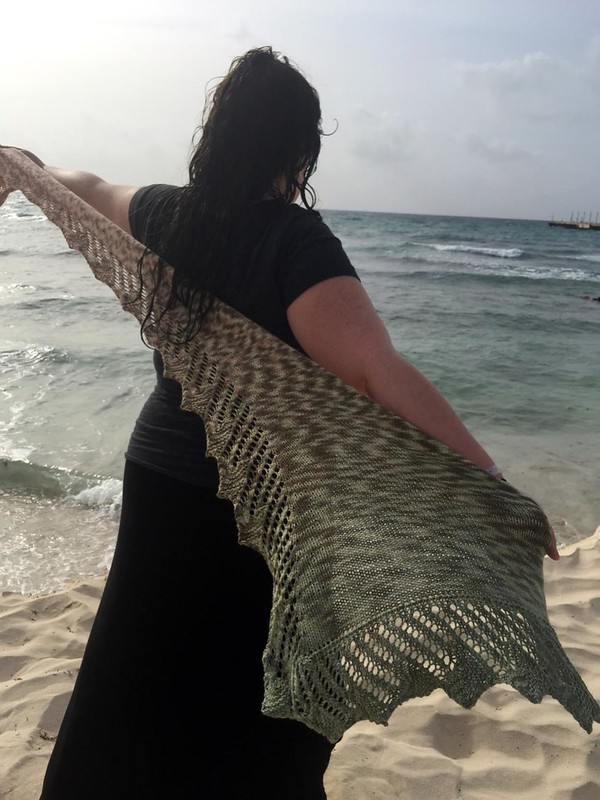 You get to the end of the triangle, work a short "turning section" to get around the corner, and work a knitted-on border along the live stitches that are still on the needle on the short edge of the triangle.

I used Done Roving Frolicking Feet DK. Paula has new 500 yard balls of this yarn in "Monochromatic Gradients." I think the color transition is so cool. Definitely kept my interest while knitting! 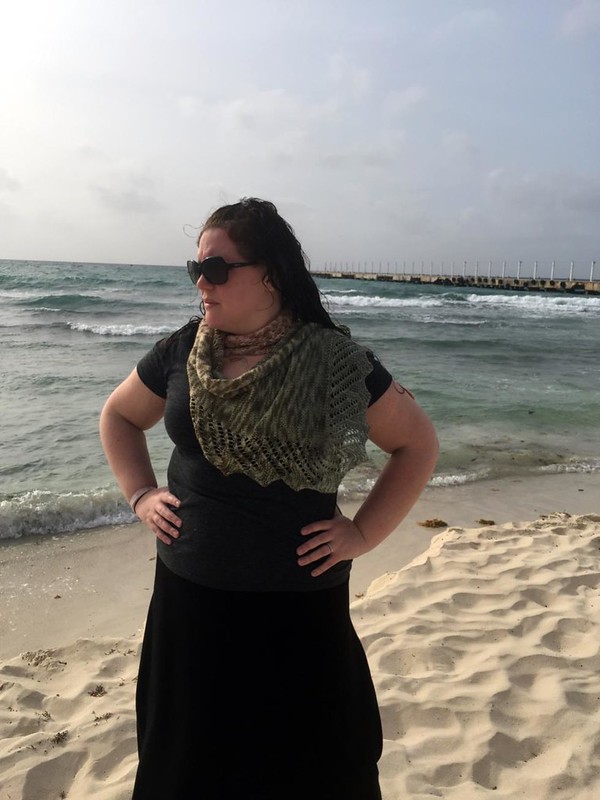 I hope you enjoy this new pattern and I'd love to hear what you think about this shawl shape. I've been experimenting with different shapes lately. I really like this one and want to know if you do too!
Posted by Jen at 6:52:00 AM

So, a couple weeks ago my sister and I headed off to Playa del Carmen for vacation. Our very first sister trip! We left knowing that my dad hadn't been doing well health-wise. He wanted us to go and drink some Rum Runners for him. So we did. Oh so many. 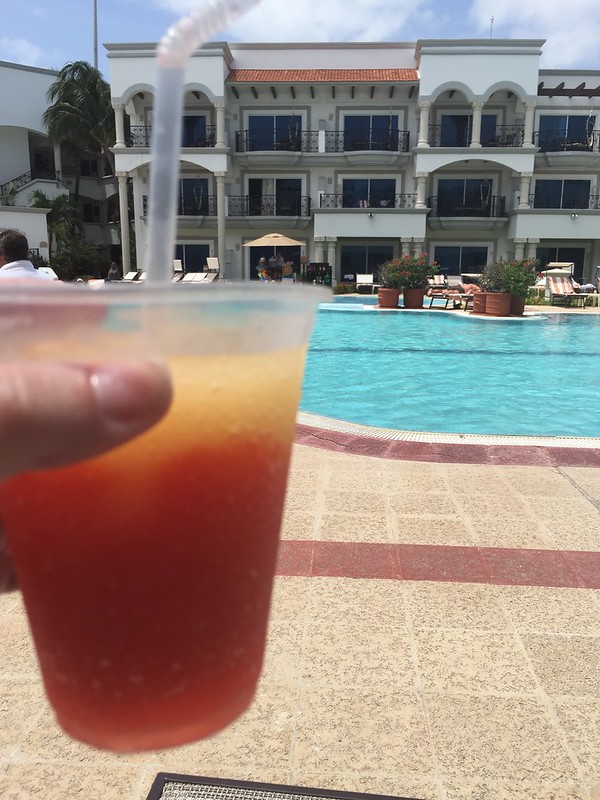 That's actually a Mango Tango. I have no idea what's in it. :) 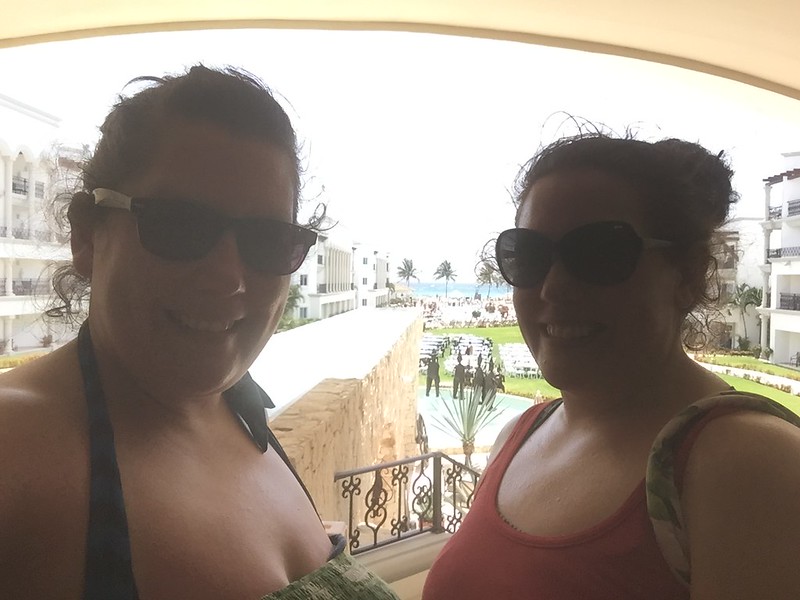 We walked along the beach and enjoyed the resort. 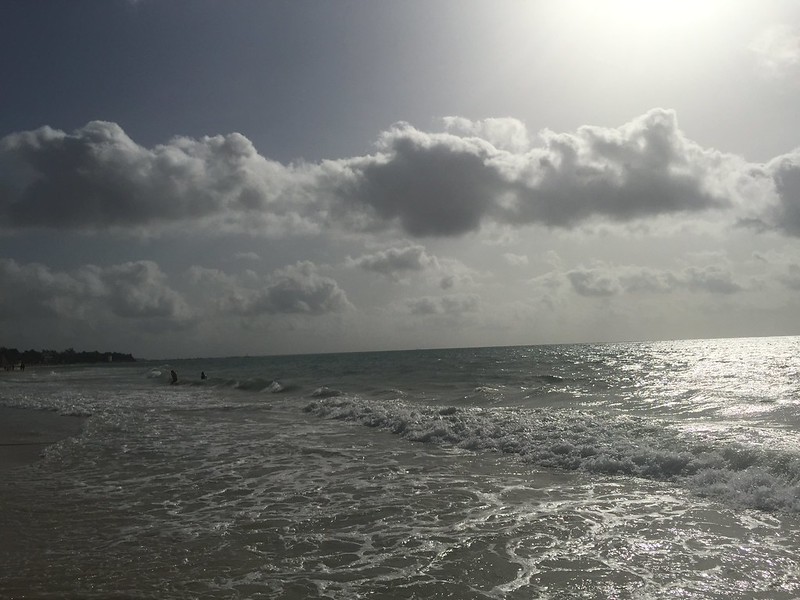 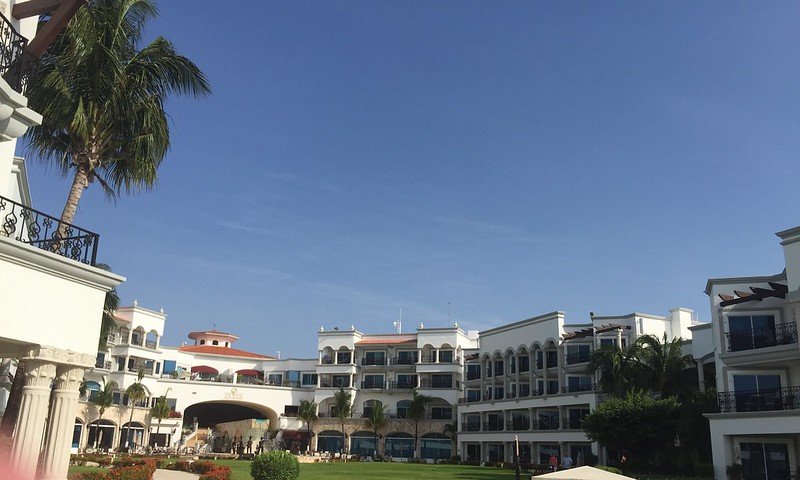 My sister was even nice and put on a wool shawl in the Mexican heat so I could get some photos of my new shawl, Maya:

Unfortunately, while we were flying home, my dad took a turn for the worst. We went straight from the airport to the hospital. And a couple days later, he passed away.

Many of you know that my dad had been diagnosed with cancer in late 2013 (my inspiration for my Hat KAL/CAL for Hope last year). And while he was cancer-free when he went to "the big casino in the sky" (those are his words) the cancer was so hard on his body that it really didn't help the other medical issues he had.

My family has peace in that we were all home (even my brother that lives in Fargo was randomly visiting) and that my dad is no longer suffering. It had been a long two years.

I'll think of him when I look at my knitting tattoo. When I got it he told me it was "the yuppy version of skull and crossbones." I don't even know what that means. 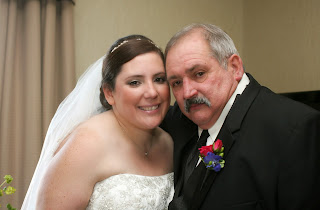 I'll also think of him when I fail to check gauge which results in something being 12 sizes too big. Let's just say that one of the first hats I ever made was for him and it was hilariously too big. Like it covered his entire head, face and all. And some of his neck too. He still told me it was perfect and it was just what he wanted. :)
Posted by Jen at 6:50:00 AM