Well, I did it. I finally finished by beet for Dwight. 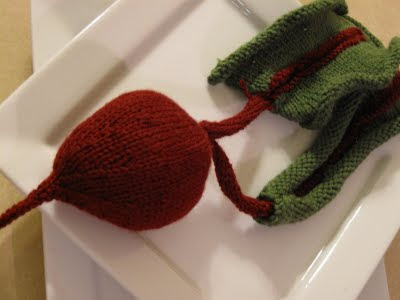 There is a group on Ravelry that is collecting beets to send to Rainn Wilson. I can't argue with that, I think it is flippin' hilarious. 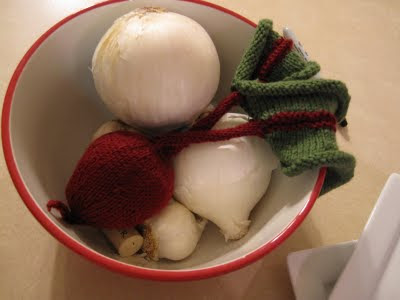 I am not really good at knitting these kinds of things, but I managed to get through it. It took awhile, but finally, it is done.

The Pattern: Beet by Norah Gaughan, found in Berroco Comfort DK Booklet 274.
The Yarn: Two skeins of Berroco Comfort DK. I didn't even come close to finishing either skein
The Needles: US Size 3
The Mods: My beet has two leaves instead of three. Why? I lost the booklet in the move from the apartment to the house!
The Time to Knit: Nearly seven months! Yikes! Mostly it sat hidden away in my closet during that time.
The Results: I think Dwight would say my two leaved beet is just fine. After all, no two beets are the same.