My worst nightmare as total introvert. :)

But, networking is an important part of building a knitwear design business and something I'd like to talk more about today. 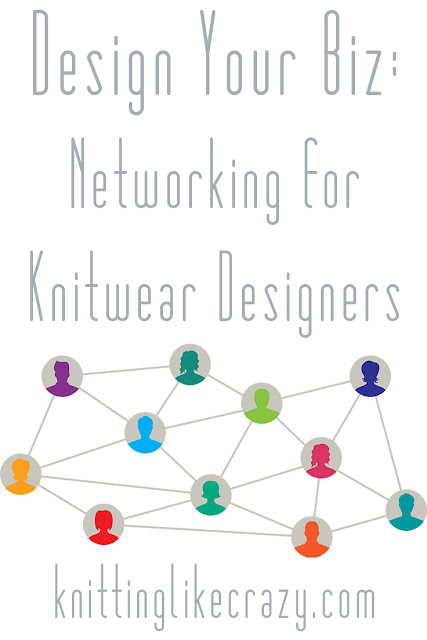 There are lots of ways you can go about building your network as a designer. I've built some great relationships online that have led to working relationships. Sure, going to TNNA helps with networking, but for many people, that is a big expense. It took many years before I was able to afford a trip to TNNA as a business expense. It's a great experience and if you can make it happen, you should go, but the point I'm trying to make is that it's not the only way to build your network.

Here are some ways you can build your network online:

1. An obvious one - Ravelry. Join the Designers and/or the Budding Designers group if you're a designer. Engage. If you know the answer to someone's question, don't be afraid to answer it. Once I started actually chatting a little bit in these groups on Ravelry, I started to get to know people. And eventually we started helping each other out with things like finding a good tech editor or getting on a submission call list we've been dying to get on. Networking in sweatpants! A win for me. :)

2. Facebook. There are a growing number of groups on Facebook dedicated to fiber folks that work in this industry. I particularly like the FiberBoss Collective group. I just joined recently and have already made some good connections.

3. Submit to that magazine call. I get asked a lot how I started working so much with Done Roving Yarns. It's simple - I was assigned to use their yarn for a pattern in Love of Knitting magazine. Paula, the owner of Done Roving Yarns, and I developed an amazing working relationship that's lasted for years now. Had I not submitted to that magazine call years ago, I don't know that we would have formed the working relationship we have today. You never know when the networking opportunities are going to present themselves.

4. Tara Swiger's Starship. I know I bring up Tara all the time, but her classes and Starship program have helped me immensely over the last few years. You do have to pay for the Starship and it only opens at certain times of the year, but it's been an amazing resource for me. It's designed for all kind of makers so you'll find designers, yarn dyers, jewelry-makers, finished knit & crochet item makers all in one place. It's been a great place to make connections and bounce ideas off of people who truly understand what you're trying to do.

It's amazing once you put yourself out there and start networking how many connections you can make! 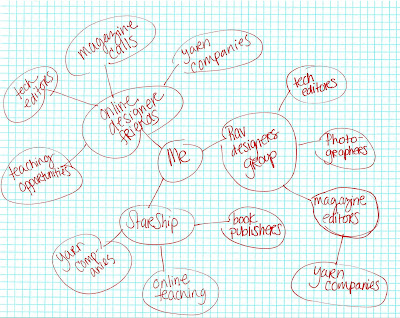 Are you a knit or crochet designer working in this industry? What other ways do you like to network?
Posted by Jen at 7:36:00 AM