The 24-hours of knitting & crochet fun at the Halos of Hope-A-Thon at Wall of Yarn has come and gone. I've finally recovered from my weekend of very little sleep and I'm awake enough now to tell you about it. Haha

When I arrived at Wall of Yarn on Friday, they already had a pretty sizeable stack of hats ready to be donated to Halos of Hope. Their customers are amazing! 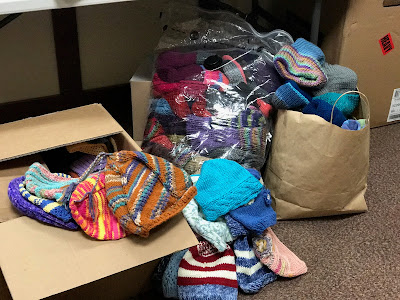 I helped out the Halos of Hope crew to set up the prize table. There were lots of prizes to win! 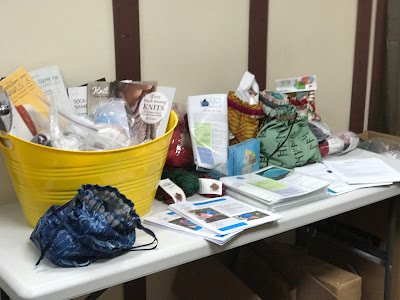 The real fun began with Franklin Habit giving a lecture at the nearby Wagner House. I, of course, used this as an opportunity to start a hat (a hat I later frogged because I was a bad crocheter and failed to check my gauge). 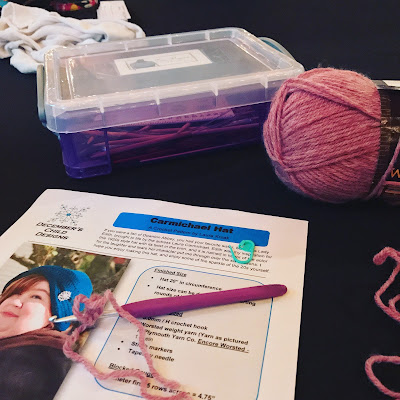 Once we got back to the store after the lecture, it was all hats all the time! I started on a new hat, Tensfield by Martina Behm, and it was the perfect pattern for 24-hours of hat knitting! By the morning I had one done and was on my way to starting a crochet hat! 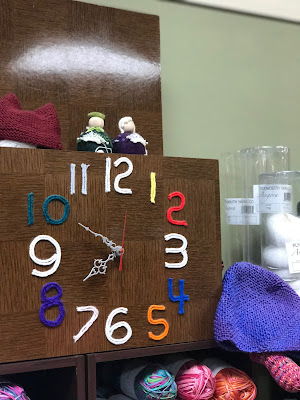 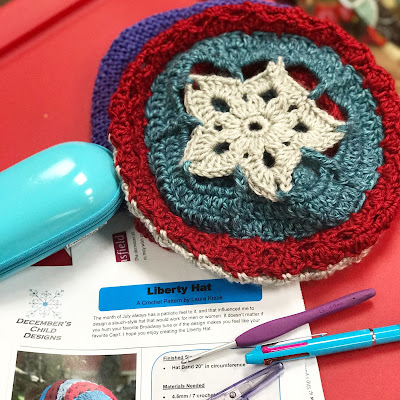 I started on a third hat (another Tensfield), but didn't get it finished at the Hope-A-Thon. I did finish it on Monday though! I'll be donating it in my Summer Hat-A-Long.

By the end of the event we had 375 hats, covering over 10% of the hat needs Halos of Hope has each month. 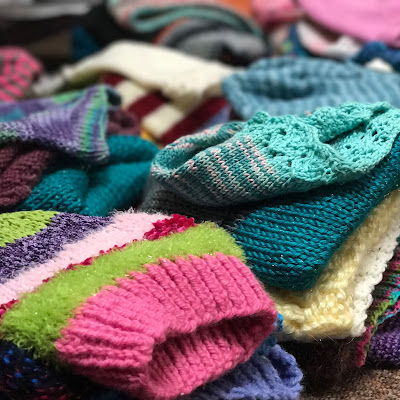 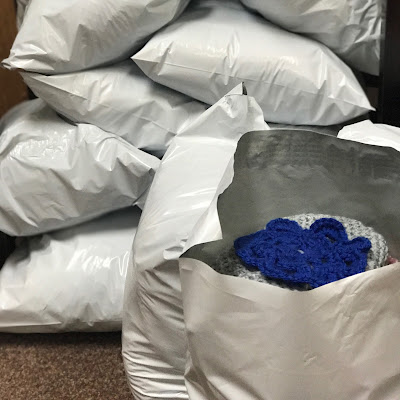 It was so great to be a part of this amazing event. It was so fun staying up late and barely sleeping and knitting and crocheting for a great cause. I highly recommend that everyone organize an event like this with their shop or guild. Seriously, such a blast!

The Halos of Hope Crew with The Yarn Guys and Franklin!
Posted by Unknown at 7:40:00 AM