Well, with the Olympics winding down so do the Ravelympics. This year, I joined Team Blue Moon with the goal of knitting a Baby Surprise Jacket. And knit one I did: I have knit this pattern once before (you can see the one out of STR in the Goody Goody colorway here), but this time I was going for something a little more gender neutral. I think everyone should knit this pattern. It's quick, it's easy, it's fun, what's not to love!?

The Specs:
The Pattern: Baby Surprise Jacket by EZ
The Yarn: Blue Moon Fiber Arts Socks That Rock, Mediumweight, in the Downpour colorway
The Needles: US Size 4
The Time to Knit: About five days, and then I cut it all close and put on the buttons yesterday morning, on the last day of the Olympics!

And then because the knitting was done on the BSJ, I thought why not try to crank out another baby sweater during the Olympics. So, I did. :) 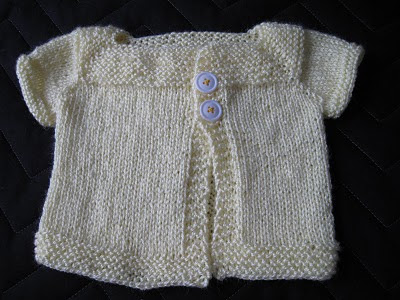 This one is for my group on Ravelry, Kimi's Kids. Someone had sent me two sweaters using this pattern and I thought they were so cute that I decided that I needed to knit one. 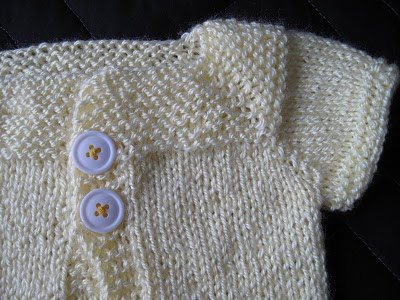 So very cute. I could see a cute little baby girl wearing this one in the summer. I may have cast on for another one. :)

The Specs:
The Pattern: Paxton (Free Rav download there)
The Yarn: Bernat Softee Baby (about half a skein)
The Needles: US Size 6
The Time to Knit: 3 days