So, a couple months ago I decided that I really wanted to do an e-book. I have been having such a great time designing that it seemed like a good next step. I am so happy to say that my e-book is now available for pre-order! 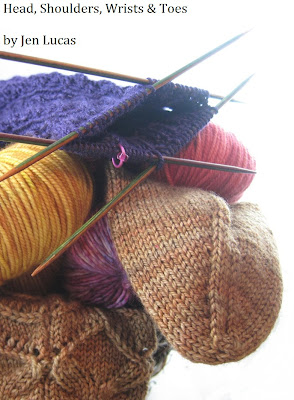 The e-book is going to contain a total of 8 patterns, released throughout 2012. The first pattern, the Legume Hat, will be available in the e-book in January 2012. 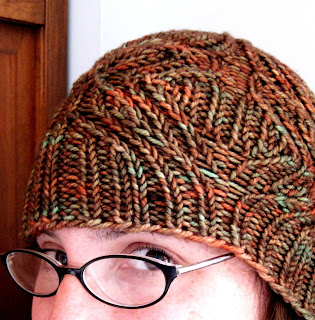 The e-book is called Head, Shoulders, Wrists & Toes. It will contain patterns for those things. So, socks, hats, shawls, mitts. A new pattern will be added every other month, with two bonus patterns throughout the year. That's a total of 8 patterns for the year.

The patterns will be available for individual purchase 2 months after they have been released in the e-book. But, buying the e-book will be wayyy cheaper (for example, the Legume Hat pattern will be $5 once released). So get one now and tell your friends! :)

Happy knitting. I can't wait for next year and all the great knitting projects I plan to bring you!
Posted by Jen at 9:30:00 AM