Last December my knit and crochet group added a little twist to our holiday gift exchange. Usually we have a plain old yarn swap but last year we each put a skein of yarn in a brown bag and then exchanged. You then had to take that yarn and knit or crochet something for that person with the yarn they put in the bag.

A great idea, right? Someone in one of my classes in 2014 belonged to the Madison Knitters' Guild and they did the same thing, but on a way larger scale. There's only like 10 of us. :)

I had a beautiful skein of Anzula Cloud that I put in my brown bag. 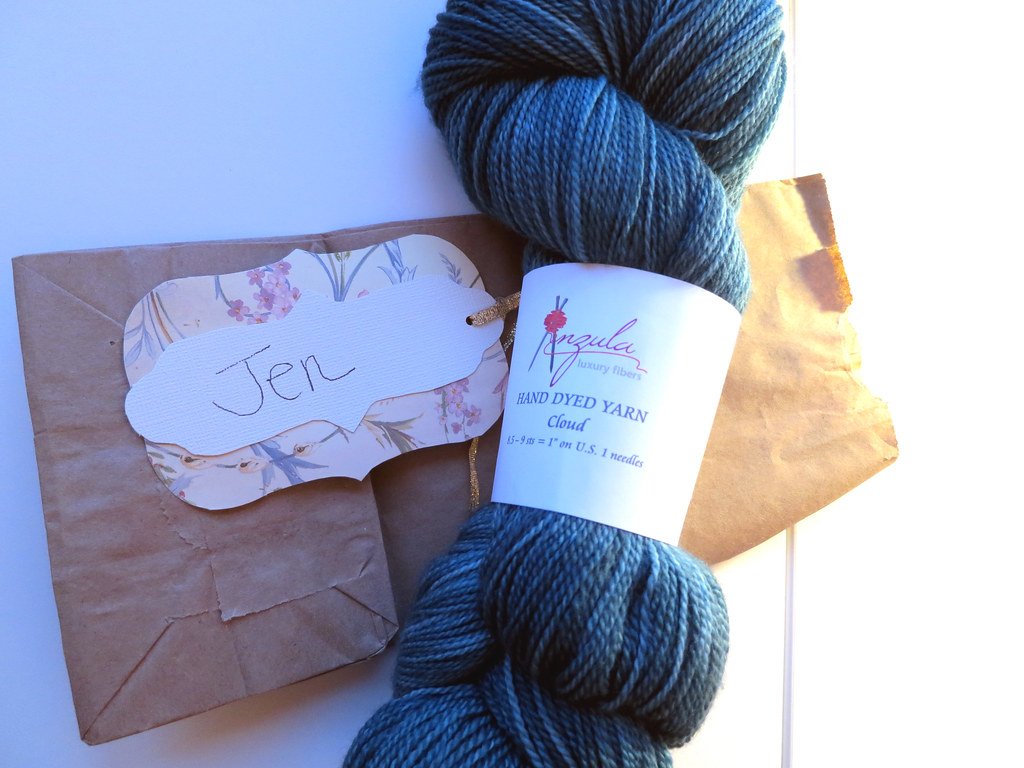 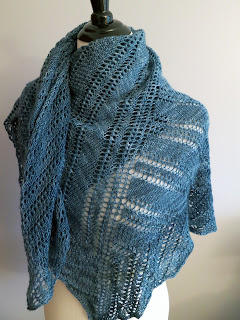 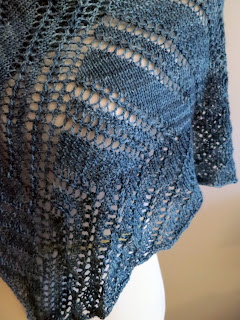 As for the gift I made - I had Vickie's yarn and I made her a Bandwagon: 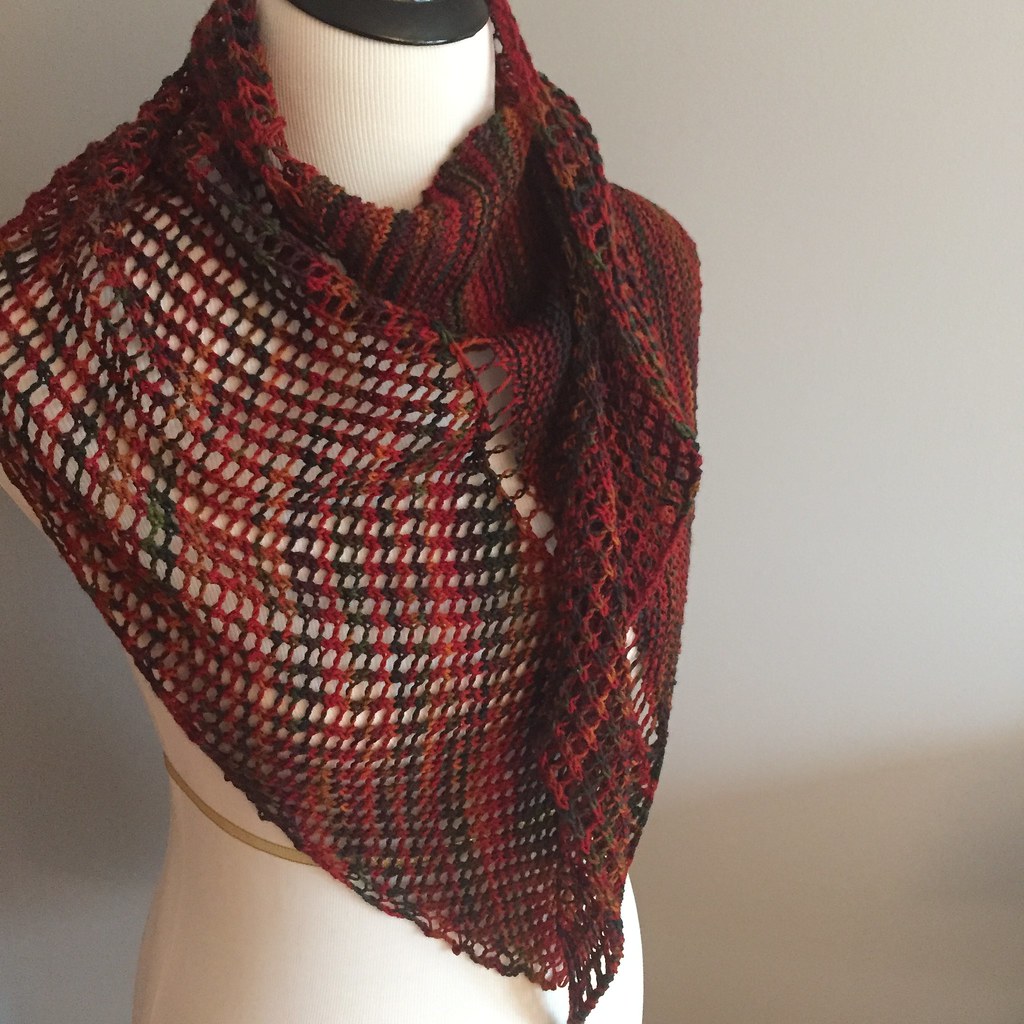 The yarn she put in her bag was Mountain Colors Crazyfoot in the Sierra colorway. It was beautiful sort of muted rainbow. It was super fun to knit!

We all enjoyed the idea of making things for each other that we decided we were in for another round for next year. I had some Fiberstory Glow Sock that I really really love and have been playing around with for awhile. The yarn/gift exchange is perfect for it - what I really want for this yarn is for it to become something just for me! 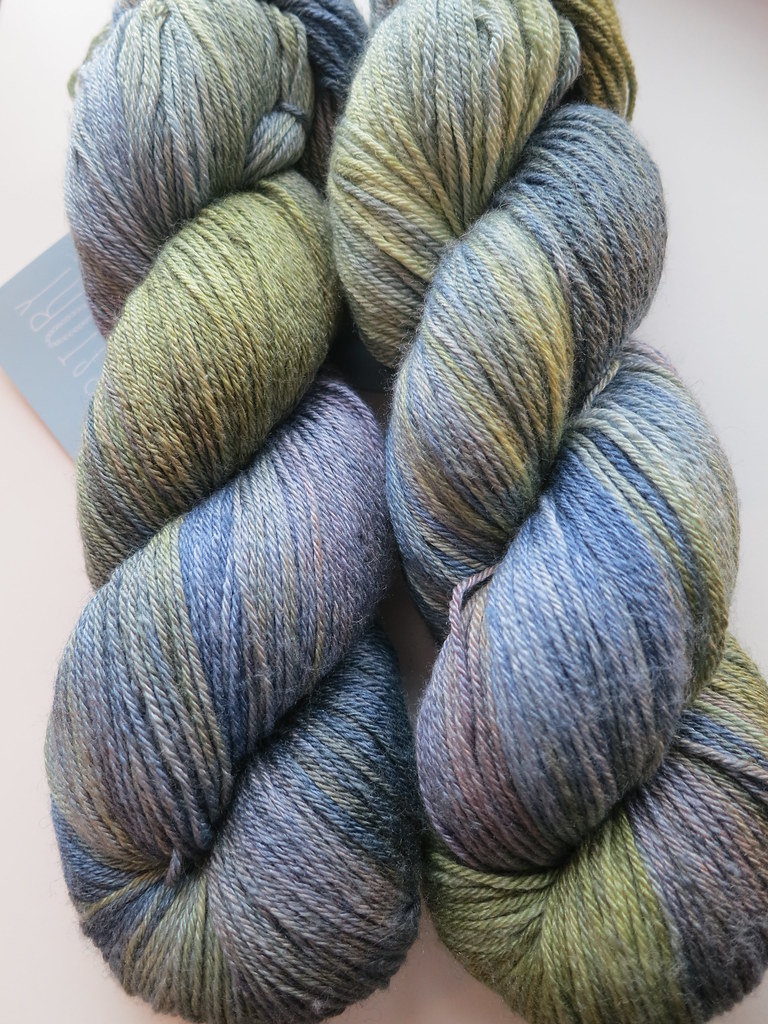 We also decided to increase the yardage for this next round. Last year, we said between 350-600 yards. This year we're going up to 900 yards - giving everyone more options and making it easier for the crocheter to make a shawl if she wants. :)

Do you do any kind of gift exchange with your knit and crochet group? I'd love to hear about it if you do!