I'm back today with another Design Your Biz segment. Let's talk advertising! 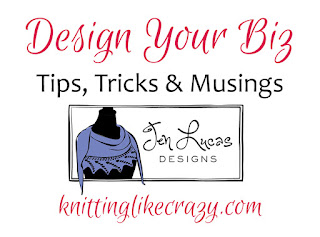 I've experimented with advertising over the last few years and I thought I'd share what I found works for me.

For designers, probably the most popular place to advertise is Ravelry. The site has millions of users and the advertising is very affordable. I typically run Featured Pattern Ads, which can be found on the patterns page of the website. It's a prominent location, and it costs $40 for your ad to rotate there for 2 weeks. I've found this to be the best place to advertise my patterns on Ravelry. I try to run one as often as I can!

Ads don't have to be fancy - I like to keep mine pretty simple actually. I have noticed that certain types of photos get more clicks than others. For example, in September, I ran an ad for my Yingarna pattern: 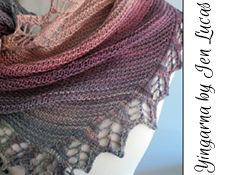 And in October, I ran an ad for my Bedford mittens: 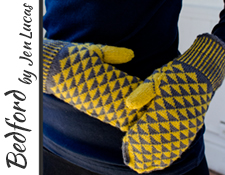 The ad for Yingarna was one of the top ads for the two weeks that it ran, and had more than 3 times the clicks that the Bedford mittens did.

For me, ads that have show a close-up detail of the pattern get far more clicks than the ones that show the entire pattern. With the Yingarna ad, you can tell it's a shawl, but you can't see the full shape of it. You're enticing the knitter to click for more.

It also goes beyond picking the right photo. My shawl ads do much better than the other accessories. And the timing is important too. I would never, ever run an ads for those Fair Isle mittens in the summer. Most people aren't thinking mittens in July. :)

So, the big question: does it translate to sales?

My answer: yes! I've noticed that in my slower months (January, May, June), I've been able to increase my sales a little more with the addition of a Ravelry ad. And, I've discovered that the Featured Pattern Ad absolutely increases sales if you can time it with the release of a new pattern (and obviously run the ad for that pattern).

If you're a designer, where do you run ads on Ravelry? And, if you're a knitter/crocheter, what ads do you click on?
Posted by Unknown at 8:07:00 AM